We acknowledge the explorers and pioneers and their descendants who planted the British flag and Christian faith on this continent, creating the Australian nation.  We acknowledge the Aboriginal and Torres Strait Islander peoples who have lived here since the Dreamtime. And we acknowledge the Federal Commonwealth of Australia, created by the nation under the Crown to guard the liberty of all citizens.

Performance notes. Detail should be added to fit the occasion. For example, the identity and achievements of the pioneers and indigenous peoples might be elaborated, as might the functions of the Commonwealth.

Summary.  The “Acknowledgment of Country” (AoC) ceremony purports to recognise Australia’s origins but focuses exclusively on indigenous peoples.  It purports to respect the traditional owners of the land but ignores the nation’s sovereignty.  There is no counterbalancing statement of national origins used in school assemblies or public meetings.  To correct this imbalance, an Acknowledgment of Nation is suggested that supplements recognition of original indigenous habitation with acknowledgment of the origins of the Australian nation and the Federal Commonwealth it created under the crown.

In the last several years I have observed many “Acknowledgment of Country” (AoC) ceremonies. The wording varies but typically, at the start of a meeting, the master of ceremonies declares that the meeting is being held on the traditional lands of a particular indigenous people or peoples in general, describes them as the traditional custodians or owners of the land, acknowledges their close tie with the land and pays respect to their elders. I have observed versions of this ceremony at public meetings, for example at the New South Wales Parliament, in school assemblies, and on television and radio broadcasts.

My impression is that the ceremony is performed at schools and public meetings throughout the country.

That is a pity because, whatever its motivation, it amounts to a psychological assault on most Australians. Because it is not accompanied by an acknowledgment of national origins the ceremony ritually degrades most Australians’ sense of national identity and alienates the nation from its homeland and from most of its history.

The saddest examples are recitations at school assemblies, where children are told, repeatedly throughout the year, that their country belongs to Aborigines and Torres Strait Islanders.  The Acknowledgment appears to have taken the place of the loyalty pledge.  Usually words other than “owned” are used, but the meaning is clear.  One school I have observed concludes its ritual with the words “under the concrete and asphalt, this land was, is, and always shall be, the traditional lands of [the local indigenous people]”. The ritual makes no reference to the ancestors or national identity of the overwhelming majority of students – only 3 per cent of Australians are of indigenous descent.  The Acknowledgment is a ritualised slap in the face to most Australians.

We all need secure communal identities that position us historically, culturally and geographically.  That is especially true of children and young adults.  The Acknowledgment of Country ritual is meant to affirm that identity and pride for indigenous peoples.  But it ignores the origins of the nation as a whole.  The Aboriginal acknowledgment is justified as a statement of origins.  But national origins consist of much more than indigenous prior habitation.  The AoC needs to be supplemented to become an Acknowledgment of Nation (AoN), one that accurately describes national origins.

An acknowledgment of the historic nation needs to talk primarily about the people among whom national consciousness first arose in the late nineteenth century.  Who were they and who did they think they were?  The acknowledgment should also state the connection between this national awakening and the establishment of the Commonwealth, formed in 1901 when the self-governing colonies became states within the new Federation.  It is often asserted that the nation began in 1901 with Federation, but that is not true.

National consciousness arose among people of mostly British descent who thought of themselves as such.  At the time there was no Commonwealth but self-governing colonies.  Most thought of Britain as the mother country but also identified with Australia.  This was the most cohesive class of nation, an ethnic group living in its homeland.  It was not the type of “nation” whose only social glue is belief in an ideology or set of values or a constitution.  It was the heavy duty type of bond, the kind needed to undertake great things.  Indeed, this identification inspired and facilitated the constitutional conventions of the 1890s, with the goal of federating the colonies for the purposes of common defence and economy.  The nation created the Commonwealth.

An organising principle of the proposed AoN is that peoples take priority over political systems.  The nation has priority of recognition because it was the first nation in Australia and created the Commonwealth.  It represents continuity of identity stretching back to the emergence, in the second half of the nineteenth century, of national feeling among people who thought of themselves as a branch of the British people and Empire. That consciousness and descent connected the new nation to the First Fleet of 1788, to Britain and its constituent nations, to Christendom and its European precursors in ancient times.  In that sense the Australian nation has roots as ancient as the indigenous peoples it absorbed.  In addition the descendants of the historic nation and those who have assimilated into it remain the largest ethnic group in Australia. It is also the leading culture in the sense that all other ethnicities tend to acculturate to it more than vice versa.

The indigenous peoples should be acknowledged because they identified with their parts of Australia long before British colonisation began.  Any recognition of origins demands acknowledgment of indigenous peoples, whether one believes that their lands were annexed or conquered by the British.

The Federal Commonwealth should be acknowledged because it is the original instrument of continent-wide government and the institutional basis for citizenship, which defines the rights and duties of all Australians.

A brief statement necessarily fails to acknowledge all contributions to origins, some important.  For example, the statement recognises the explorers and pioneers and that they came under British auspices but it does not acknowledge the nations of Britain – England, Wales, Scotland and Ireland.  Nor does it acknowledge the investment made by the British people through their government in colonising Australia.  The statement does not mention convicts, subsuming them under the category of (involuntary) pioneers.  Nor does it mention the contributions of law, politics, culture, national character and technology brought by the largely British settlers.  Also unmentioned are the hundreds of indigenous peoples and languages, their way of life and spirituality, and special connection with their lands.  It would be appropriate for acknowledgments recited in particular districts to name and describe the local culture, which would convey a greater degree of particularity.

The Christianity of the nation’s founders is made explicit in the proposed Acknowledgment because it was a prominent conscious element of their identity, as it was of Britain and the remainder of Western civilisation in Europe and America.

Some will object that the proposed AoN omits the non-Anglo-Celtic identities that now form a substantial fraction of the population.  Typically those identities are encompassed using the adjectives “multicultural” and “diverse”.  It is sometimes contended that Australia is no longer an Anglo nation, that it has become a new type of nation whose identity consists of the multicultural character of its citizens.  It is sometimes argued that Australia’s lack of a single cultural identity is now its identifying mark.  And a likely assertion will be that an acknowledgment that omits the non-Anglo elements of the nation would be divisive by creating ill-feeling among millions of citizens.  This potential objection should be taken seriously, though it is noteworthy that those who promote and accept the present acknowledgment ceremony express no concern about its own exclusions.

It is reasonable to reject the objection on two grounds.  Firstly, the diversity that has arisen in recent decades was not part of national origins.  Recall that the nation emerged by about 1880.  It is wrong to claim that diversity was a founding principle then or in 1901.  Not diversity but continuity with British and European identity was in the minds of the Founders and in the census statistics.  The nation and Commonwealth were in existence long before diversity began rising after the Second World War.  Unless the Acknowledgment is to become a running commentary on every demographic change, it should remain focused on origins.  If it were to focus on the present population instead of origins, that would necessarily demote the indigenous component.  If they were given a special acknowledgment, it would be unprincipled to ignore the historic nation.

The second reason it is unnecessary to acknowledge diversity in a statement of national origins is that the proposed AoN recognises the Commonwealth and citizenship, which encompasses Australians of all backgrounds.  It is not beyond the maturity of immigrants or their children to acknowledge that the nation was in existence before they arrived.

If it were decided to acknowledge multicultural Australia, two avenues present themselves.  The first would be for the acknowledgment to list all the ethnicities of post WWII immigrants, perhaps on a first-come-first-served basis.  The second would be to refer to these peoples collectively as “multicultural”.  I think that most would reject the first approach as impractical.  However, the latter ignores the actual identities of citizens.  For example, to include Italian Australians under the heading “multicultural” would give no particular recognition to that culture; the same term would apply if not one Italian had immigrated after 1949.  The same term would apply to any diverse country.  It seems the only practicable way to recognise the country’s diversity would be in terms that are exceedingly shallow.

Placing the historic nation and Commonwealth in the acknowledgment ritual would restore their proper places in the story of Australia.  An Acknowledgment of Nation would be relevant to all Australians.

Another acknowledgment:  This is the latest in a series of versions posted since late 2014.  I thank all those who corresponded with me on the subject for their suggestions. 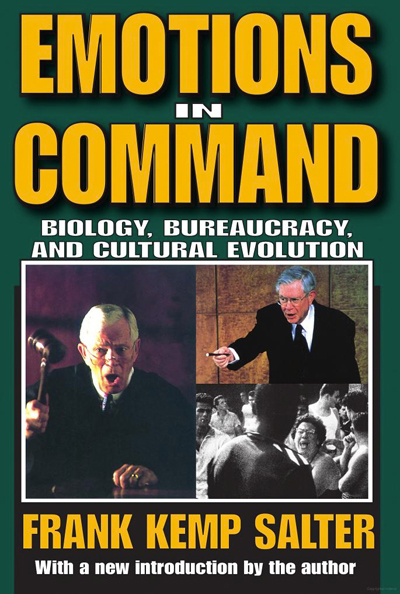 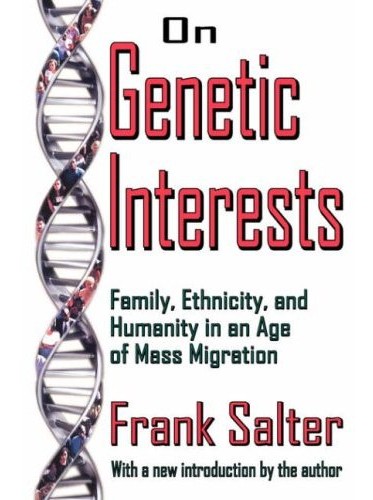 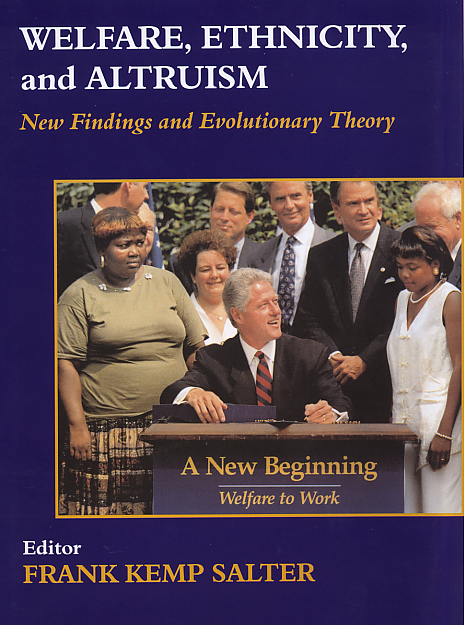 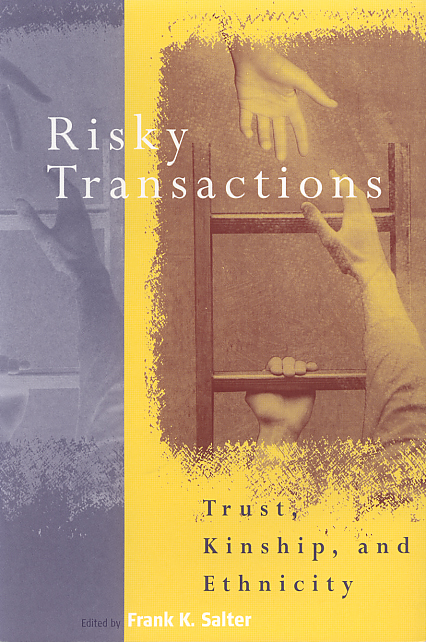 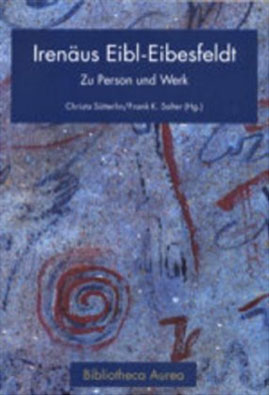