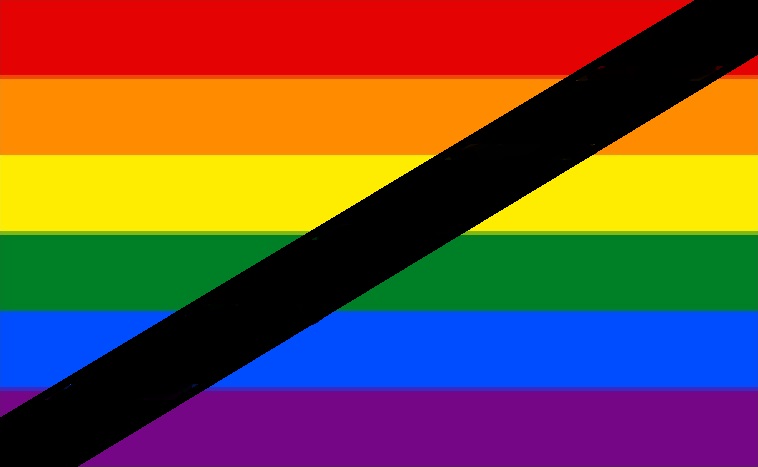 (This article originally appeared under a different title in Quadrant Online, 15 November 2017.)

A remarkable feature of the same-sex marriage movement, that has helped make it a juggernaut, is the solidarity of its disparate parts. Lesbian activists don’t mock gays before the general public, gay activists don’t ridicule bisexuals, bisexuals don’t disrespect the transgendered, and so on, presumably down the growing list of non-traditional sexual and gender orientations.

That is odd because some categories, to be discussed, are noticeably absent from that list. Possible reasons for excluding them include the law, aesthetics, and morality. Legality can be immediately ruled out. Homosexuality’s illegality until recently has not prevented agitation for gay rights. Aesthetics can also be ruled out, because LGBTQI-rights activists have been pushing back against popular revulsion for decades. If they cited legality or aesthetics to justify excluding selected types of sexuality, consistency would demand immediate cessation of their own activities. No sexual or gender category can be credibly excluded from the LGBTQI fold for legal or aesthetic reasons.

Morality is different. Morality is the only conceivable principled reason that some sexualities are excluded from the fold. Whether or not one accepts the morality of the alternative sexuality and gender movement, there are nevertheless some ethical principles associated with it. These include the rights to free expression and association. It is asserted that gender and sexual expression should be unconstrained when harmless and when entered into by mutual consent.

These principles are sufficient to explain the exclusion of paedophilia from the LGBTQI platform. It seems the great majority of individuals of all orientations reject it. Mary De Young has documented attempts by paedophile activists to normalize sex between adults and children from at least the 1980s in “The indignant page: Techniques of neutralization in the publications of pedophile organizations” (Child Abuse & Neglect, 1988).[i] A more recent study by O’Halloran and Quayle in “A content analysis of a ‘boy love’ support forum: Revisiting Durkin and Bryant” found that the trend has remained uninterrupted (Journal of Sexual Aggression, 2010). These attempts have failed to convince many people that children are able to give informed, prudent consent to sexual contact. It is true that educational packages such as the Safe Schools program sexualise children but that is not the same thing as advocating the legalization of paedophilia.

LGBTQI morality is not a credible reason for excluding all of the sexualities missing from that acronym. Consider polygamy, often called plural marriage. This was opposed by the Medieval Church and before that the Romans and Ancient Greeks, making Europe the only monogamous stratified society until the modern era.[ii] The law that enforces monogamy necessarily restricts the free choices of adults to participate in consensual polygamous relationship. If polygamy does not contravene LGBTQI moral principles, why is there not a ‘P’ in ‘LGBTQI? As Brendon Wynter noted recently on our public broadcaster (ABC Religion & Ethics, 24 March 2017) attempts to find a moral distinction between plural and same-sex marriage can lead to illiberal claims, such as that polygamy but not homosexual marriage is “bad or at least, trivial”.[iii]

Incest is also missing from the LGBTQI heading. From an LGBTQI moral perspective, why ban sex or marriage between any consenting adults? As the actor Jeremy Irons commented a few years ago, genetic disorders in the children of incestuous unions are only an issue with heterosexual pairs.[iv] LGBTQI advocates are not in a position to complain about incest on the basis of its being gay or lesbian. From their perspective, love and lust between consenting adults should never be condemned.

On what grounds could LGBTQI advocates object to marriages between mother and daughter or father and son, or object to them adopting? One ground that has been raised is a supposed categorical difference between those sexually attracted to close kin and those sexually attracted to members of the same sex. The former, it is claimed, do not belong to a distinct class of individuals but the latter do.[v] In the case of same-sex attraction, it is proposed, accurately, that homosexual orientation is sometimes inborn, and that as a result these individuals cannot change their same-sex attraction. Preventing them from marrying the same sex is therefore discriminatory. Incest is held to be different on the basis of the claim that it is a matter of free choice. For that reason, banning incestuous marriage does not constitute discrimination, and is therefore consistent with liberal ethics. This argument breaks down with the second premise, that incestuous desire is not inborn. The Finnish sociologist Edward Westermarck discovered that incest avoidance is a universal inborn trait that is triggered by close proximity during childhood. De Smet, van Speybroeck and Verplaetse investigated this theory in Evolution and Human Behavior (2014) and found that children raised together are usually averse to sexual contact during and after puberty.[vi] It follows that sexual desire for a sibling or offspring is in part or whole due to genetically-programmed developmental processes. The fact that incestuous motivation is produced when these processes go awry does not make them any less inborn. Thus incestuous motivation is not always a matter of free choice and in such cases, according to LGBTQI ethics, it is a right when consensual and harmless.

Bestiality also presents difficulties for the brevity of ‘LGBTQI’. On which grounds can advocates condemn sex with animals? As already noted, legal and aesthetic distinctions are unavailable. The rule against cruelty is also unavailable most of the time. Cruelty is wrong, and sex with animals can be cruel but so can sex with humans. The fact that animals cannot consent is not relevant because they do not, as a rule, possess human rights. In Australia and many other countries animals are protected against cruel treatment, but that does not include protection against being killed and eaten. Apart from militant vegetarians and vegans, most feel justified eating animals, so it is not obvious why, without invoking traditional moral or aesthetic standards, sexual contact that does not inflict suffering can be considered immoral.

The bestiality category is not an empty hypothetical. A recent academic study by Earls and Lalumiere titled “A case study of preferential bestiality”, published in the journal Archives of Sexual Behavior (2009), indicates that it is not as rare as previously thought, and shares many of the characteristics of other atypical sexual interests.[vii] Likewise, a recent report in the Australian online edition of The Guardian by Mona Chalabi, “Bestiality: which animals are most at risk” (22 June 2017), describes the online zoosexual movement that advocates the rights of the bestially inclined.[viii] The most preferred species appear to be dogs and cows, but cases are reported involving horses and even snakes. Woody Allen might add sheep.[ix]

There is a human dimension to the issue. Members of what we might reluctantly call the zoosexual community feel they are treated unfairly by the mainstream, which includes the LGBTQI movement. Some feel trapped in human relationships, such as the man who felt that sex with his (human) wife was “wrong” and during marital acts closed his eyes to better pretend she was a horse. Earlier this year an article in The Independent reported that animal sex tourism became such a problem in Denmark that in 2016 the country criminalized bestiality.[x] The journalist hinted that bestiality usually conforms to the harm principle: “[T]he studies published over the last 15 years using non-clinical samples report the vast majority of zoophiles do not appear to be suffering any significant clinical[ly] significant distress or impairment as a consequence of their behavior.”

Surely most LGBTQI people will share the generally-held opinion of bestiality. Many will be disgusted by the very thought and wish it never to be depicted or praised in public. They will wish that it never be part of their social environment and certainly not that of any child’s.

However, if LGBTQI activists believe the position they urge on the public, consistency demands they not only tolerate bestiality but treat it as possessing equal rights to human-centric sex. Otherwise they are guilty of the illiberal prejudice of claiming that their kind of love is superior to others they deem deviant. And if even the proponents of LGBTQI rights were to admit the legitimacy of privileging one sexual or gender orientation over another, then their main defence against hetero-normativity would collapse.

An extra ‘B’ should also be added to the acronym.

Other initials could be added. Why not an ‘R’ for love of robots and dolls? Blow up dolls and simple silicone mannequins with recorded voices are primitive compared to the pleasure model “replicants” depicted in the science fiction classic Blade Runner. Nevertheless, they are beginning to compete for men’s affections.[xi] This is a rapidly growing industry feeding insatiable demand. The Third International Congress on Love and Sex with Robots is to be held in London in December 2017.[xii] Professor Noel Sharkey, chairman of the Foundation for Responsible Robotics, points to guilt-free threesomes as a potential use of sex robots.[xiii] He and colleagues predict that many humans will have sexual relationships with robots. Evidence is already emerging of men feeling embarrassed about seeking sex and companionship from artificial women.[xiv] Women might also suffer embarrassment when robot gigolos become feasible. From the perspective of LGBTQI morality it is wrong to shun or mock people just because they are turned on by machines.

One suspects that pragmatism is a big reason why LGBTQI activists want to keep polygamy, incest, bestiality and sex robots in the closet. Activists do not want to openly associate with these categories because that would increase opposition. The public might wonder about the implications. If exotic gender identities and same-sex marriage are to be taught in schools as equal to the heterosexual types, why not polygamy, incest, bestiality, and sex dolls? Citizens would be more likely to resist demands for full legal equality until the slippery slope were shown to have principled limits.

LGBTQI campaigns assert that love is equal, yet they help marginalize attachments and acts they find repugnant or inconvenient. The activist community should acknowledge all types of sexuality and marriage that meet their professed moral standard. They should not deceive the public by selectively applying their morality.

Alternatively, activists should abandon their artificial solidarity and the morality they deploy to justify it. They should admit that not all sexual desire and acts and types of marriage are equal. Many will join with the straight binary community in rejecting the appropriateness of polygamy, incest and bestiality. In so doing they might view their own orientation with humility and ponder whether insisting on complete normalisation is good for society.

Until LGBTQI activists admit the radical implications of their morality, the spelling of ‘GBTQI’ and its variations should be contested. Rearranging the extra letters discussed, consistency demands an extra ‘B’, ‘I’, ‘R’ and ‘P’ (at least). In addition, the rainbow flag deserves a jarring additional stripe standing for the arbitrarily excluded categories as well as the hypocrisy of LGBTQI activists. Such as honest inclusive symbol would also serve to inform the public of where the arguments of the radical sexuality and gender movement logically lead.

Let us add ‘BIRP’ to ‘LGBTQI’ until activists apply their arguments consistently. When they do, they also will adopt the extra letters and perhaps some other besides.

[ii] MacDonald, K. B. (1995). The establishment and maintenance of socially imposed monogamy in Western Europe [with peer commentary]. Politics and the Life Sciences, 14(1), 3-46.

[viii] Mona Chalabi (2017). Bestiality: which animals are most at risk. The Guardian (Australian edition). 22 June 2017. https://www.theguardian.com/world/datablog/2017/jun/21/bestiality-animal-sex-laws-zoosexual-community

[x] Griffiths, M. (2016). Why would anyone want to have sex with an animal? The psychology of bestiality. The Independent (London). 2 February, http://www.independent.co.uk/life-style/love-sex/why-would-anyone-want-to-have-sex-with-an-animal-the-psychology-of-bestiality-10201158.html, accessed 18.10.2017.

[xi] Amanda Devlin and Emma Lake (2017). Robot romps. What is a robot sex doll, why has a Barcelona brothel replaced women with blow-up dolls and how much do they cost? The Sun (London). https://www.thesun.co.uk/tech/2084051/robot-sex-doll-barcelona-sex-brothel-cost/, accessed 31 Oct. 2017.